Our final group call was with Richard Lemarchand, a former developer at Naughty Dog, who worked on the Uncharted trilogy. When I asked him about Uncharted 4, he said he liked how enemies could apparently go wherever Drake, the protagonist, could go, thing he found could bring some additional strategy into the game.

His favorite game, or more accurately favorite recent game was Shadow of Mordor, game he thought was entertaining, and whose “nemesis” system he found interesting.

Finally, he recommended 3 lesser-known games to us:

Additionally, he told us we could go on forestambassador.com for free indie games.

So in this blog post, it was recommended I write about all the things I like to remember. Seeing as I’ve kept this blog mostly up to date, there isn’t much to write here I haven’t written about already, so I’d first and foremost like to say I had a great time and learned a lot this year at Stanford Honor Academy, as I did last year, and I’d also like to thank Stanford and Eduexplora for putting this together, my teacher of 2 continuous years in Stanford Honor Academy, Sherol Chen, for making such great courses, and of course, my school and mother for giving me the chance to attend this course.

Design is generally the creation of a plan for the later creation of the proper project. In this design, it is stated how things are supposed to work, and when the project is created, these wishes are ideally to be fulfilled.

Game design is no different. In game design, you are establishing the Paida, Ludus and Narrative of a game. The Ludus is your overarching objective. When you complete a game, you are simultaneously completing the Ludus, as the completion of these is, in essence, the same thing. The Paida, meanwhile, is how the game is played. In Tetris, for example, you control falling blocks, and have to complete a row, which deletes these same blocks, giving you points.

Finally, the narrative. The narrative is a game’s story, and many argue it is one of the most important features of a game, thus sparking the “Ludology vs. Narratology” debate. A narrative can be found in all games, however, some feature it much more prominently than others. A notable example is Heavy Rain, a game which gives you little choice, and decides to instead play out very similarly to how a movie would.

Game design also defines the tools of play, the components that define how a game is played. For videogames, it’d be a computer, a console, a phone or a tablet. However, in other games, you can see elements such as cards, a board and pieces and more.

Another element in games are the rules of it. In a videogame, these are defined by the Paida, but in all games, rules are what define things such as turns, rights and abilities of each player. One very small change to a rule may completely change a game.

In game design, it is the lead designer who is the main visionary and organizes the rest of the designers to complete the task. It is he who makes large decisions.

There also exists the game mechanics designer, or the systems designer. They are in charge of making the game balanced and take care of the Paida.

Finally, a there may be a level designer, who will be in charge of designing environements and game levels.

In conclusion, game design is all about projecting your idea of what a game will be, and making this very idea into what will be of the game.

Today I made signifcant progress on the board game with my partner, and we succesfuly made it into a functional prototype.

As you can see, we made the map, control points, players and more, even thought the game does lack refinement. The control points now also have a specific territory attached, and if a player is standing in his control point’s territory, it cannot be captured. In general, the game is relatively fun, but I feel it lacks strategy.

Construct 2 is a program made for creating games, which is made around being simple and easy to use overall.

Using this tool, I collaborated with a friend who was experienced in using it and together we made a small game in which you can move and shoot in all 8 directions, and you must defend yourself. 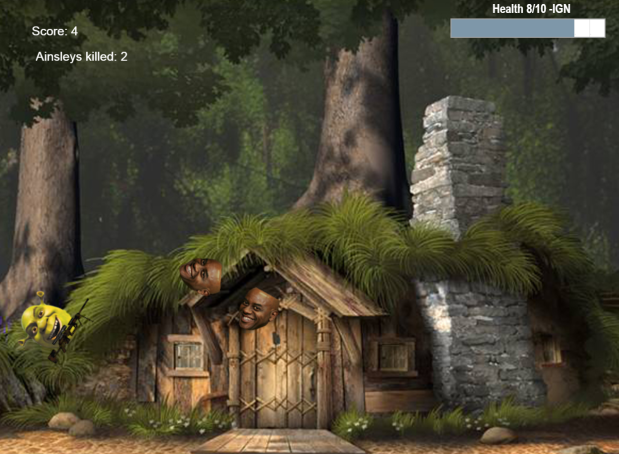 Today, we had a group chat with Ernest Lou, working at Disney, specifically in the mobile game department.

He explained to us the difference between game and graphic design. In general, in a game, a game designer handles the game mechanics and makes the game fun, while graphic designers take care of the UI and visuals, and making it so users can navigate the UI easily and not get frustrated.

He recommended we study programming languages, and maybe learn the basics of Blender or Maya for 3d modeling, alongside Unity 3d, a videogame engine.

Yesterday I had the opportunity to speak in a group call with Carson McNeil and Ryan Sit, both of whom are working in the Youtube team, and are responsible for the “Mix” feature, which takes music videos and auto-generates playlists for them.

Carson McNeil majored in Neuroscience, but learned computer science anyway and got a job at Google. His favorite game is Dishonored.

Ryan Sit learned Computer Science at university, and also found a place in the Youtube team. He mostly plays World of Warcraft and Hearthstone.

During this call, I got some valuable insight on what it is to work as a software engineer. In general, you’ll be trying to understand a large system filled with contributions of other people, rather than small problems. It’s these contributions which can be challenging to understand, and communication is a very valuable skill, especially in knowing who to ask to understand certain pieces of code.

Today and yesterday I’ve been working on a board game with my partner Andres. This game will play somewhat similarly to a MOBA.

You move in tiles, and your objective is to capture the enemy base by means of acquiring the previous points with the in-game currency. These points are useful to you considering they give you money every turn, and you are favored when fighting in your territory.

The combat system is very simple, as to not make the board game horribly complex as per Warhammer. You can perform basic attacks, move and use items, and these actions have to be performed in your turn.

Today I used a program called Game Salad, program capable of making applications for a wide range of platforms.

I made a basic side-scrolling shooter (if you can call it one) with help from my partner Joaquin. It’s a very simple game, but it works.

I find the history of games very interesting, as while they are a relatively new medium, they have a history of their own, with its own ups and downs.

Artificial Intelligence, while not currently able to mimic a human’s thoughts, is very advanced, and someday, it is very likely we see computers and machines able to think as per a human would.

Processing is a computer language which we learned how to use in class, which is available at processing.org.